Detective Instinct: the Quest for the Source of the Essence of Tong

The lyrics to the Fall song Dr. Bucks' Letter (http://annotatedfall.doomby.com/pages/the-annotated-lyrics/dr-bucks-letter.html) are notable, among other things, for the inclusion of a section apparently read out of a magazine interview with the DJ Pete Tong.

Put the radio on, get the magazine out
And read about "The Essence of Tong"

I never leave home without:

1. Sunglasses - I wear them all year around, and seem to need them more often, it’s a habit

3. Palm Pilot - it’s my lifeline. I think it’s my P.A.’s computer, she rules my diary and I download it

5. Amex card - they made such a fuss about giving it to me but I spend more time getting it turned down!

I was in the realm of the essence of Tong.

After years of painstaking research, I have traced the interview.

It appeared in the Autumn 1999 issue of Hot Line, the "complimentary magazine for Virgin Trains passengers", issue #8 (p. 82). 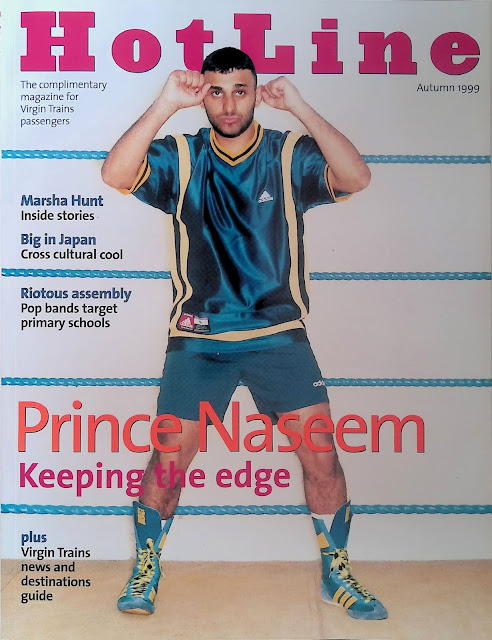 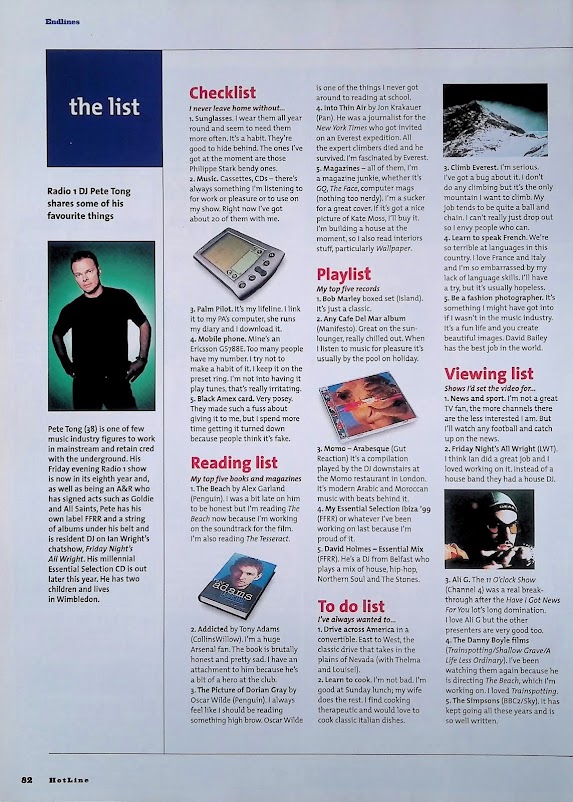 Update: In September 2019 I was interviewed about my search by the Magculture blog. Listen here: Magculture. My bit is from about 10:55.
Posted by dannyno at 18:42